yep, you read that right, rather than bore you with more of my half finished stuff, today it is all about pigs, well one in particular! 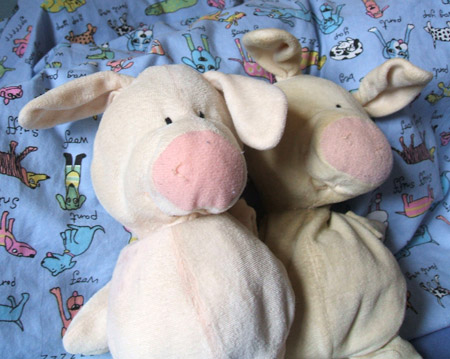 Here is the culprit(s)!! Wibbly Pig in fact. He has been a constant companion to William since he was born, but the original, the clean one here on the left, was actually bought for Edward and is over 8 years old! Edward refused the charms of the cuddly pig, and so he waited for William!

William took to him immediately, and has not left his side, particularly at bedtime for the past 6 years. Now, you may say, you have two? Well yes, we managed to get a second one as a standby and then rotate so neither one got too worn out, well guess what, they now both are : ( 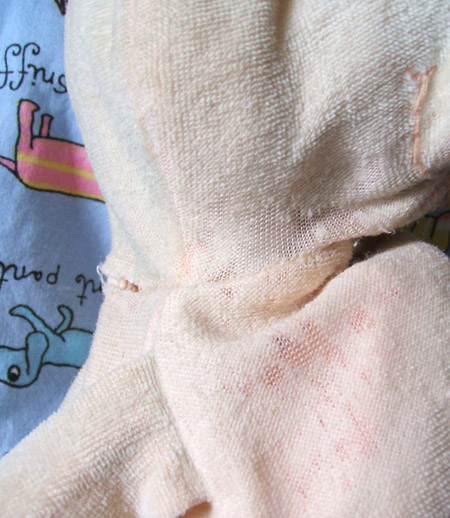 this one came out of the wash this morning, looking more threadbare than before, and a developing hole in the neck, this is the other one, 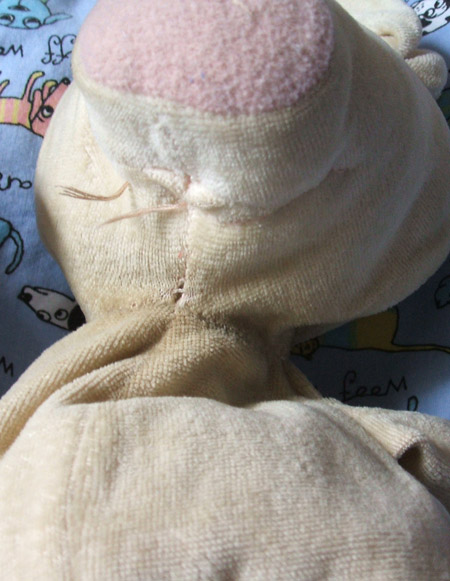 Grimy, neck and mouth coming apart, it is a sad state of affairs : (

Well other than to bore you with the trials of having a plush pig obsessed son, I wonder if any of you, in the UK mainly, have seen any baby pink velor fabric anywhere, John Lewis have failed me, Fabricland will be next, so any ideas?

Or really pushing my luck, do any of you have children who have a Wibbly and no longer want him??? I can’t see William giving him up now, he has got to the age where I thought he would have done, but no, so any ideas would be fab!

And, when you thought you had got away from more wip, here is another! 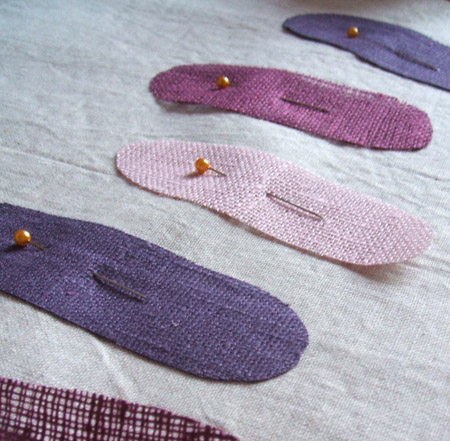