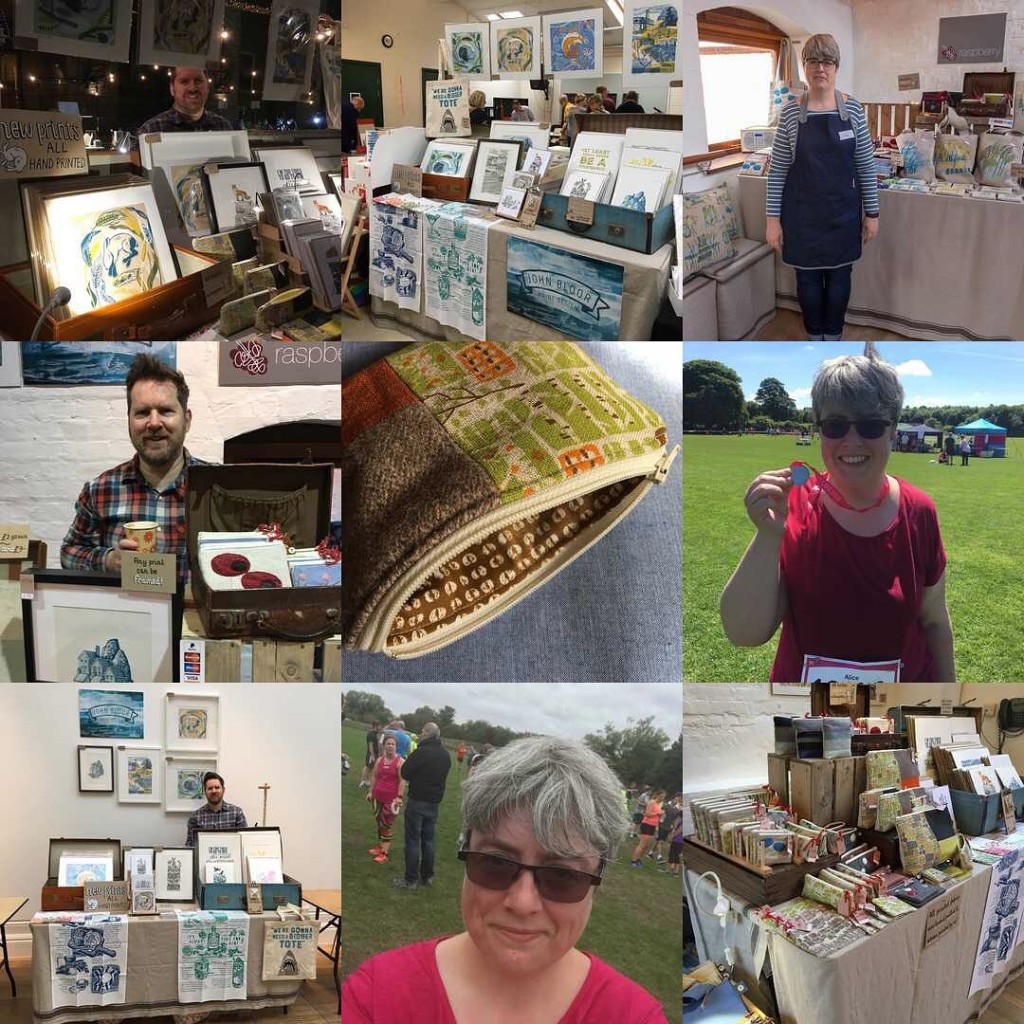 Aiming to blog here regularly is hard, things get in the way, like life for example, and it just falls into the background. So rather than make promises that I can’t keep, I won’t make any!

Last year was a massive step forward in the world of making in this house, mainly for John, but I was part of that too. It’s clear to me now that to succeed we have to work together and draw on our strengths to make our partnership stronger.

We now see what is working, both the work that we produce separately and together. Not only on the work we produce but where and how we deliver it.

Last year we invested a considerable time doing an event which wasn’t working, sometimes listening to your gut feeling is the best way. The one thing I’ve noticed about taking part in a variety of events this year is the mindset you allow yourself to get in, living on a knife-edge it feels sometimes. Will you sell anything, why is that person doing so well, what is so special about them? But this year we’ve found what works for us, accepted and moved on from those things which haven’t worked.

The photo is of my best nine on Instagram last year, lots of John! You can find me @alicebloor

And yes, there are some of me running, more of that on Instagram!

Last September I posted a blog post about the experience that I had at an event that John did on his own, and how successful it was for him, and the feedback that we received. At some events that John completed, we had a small amount of my stuff, the Birch and Laverstoke ranges. It was fascinating in the way that people interact with my work that they seem to think should be within a certain price range. Rather than worry about it, I’m now going with it, because I know that the right person will be happy to pay the amount of money that it’s worth.

For John and I in the world of making and selling, this is a year of maintaining where we are, expanding a little, and as the year moves forward looking at what we can do in 2020 and push things forward.
John has designed a new range for me, and as soon as we’ve printed it, I will share it as soon as we have it printed!

« Mystery, magical or just sewing » How is it June already?