Firstly we, or should I say Edward, went to a great birthday party last week at Eastleigh Lakeside Railway which is fab! It is a narrow gauge (I think) railway. It is great fun and the children love it because you are out in the open and can see everything. The people who work there are so friendly. They have at least three steam trains and some electric and diesel ones. They also do ‘Days out with Thomas’ which are much better there than at the Watercress Line in my opinion : ) 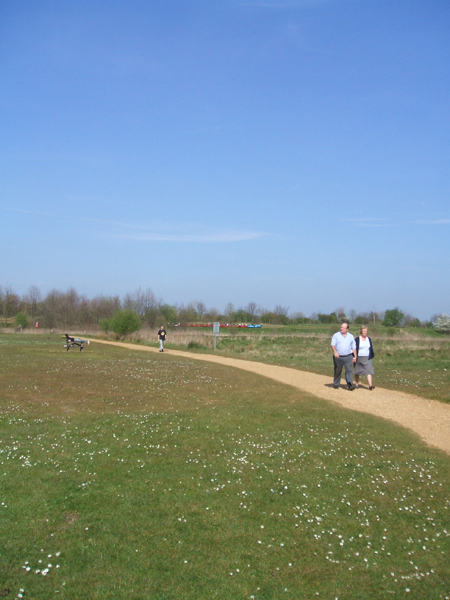 This photo was taken by the side of one of the lakes looking up towards the train line, it even has it’s own tunnel!! Er, who enjoyed it most!?

Ok, back to more ‘boring’ things!

Today I made a bag for my mother-in-law like the bag I made a couple of weeks ago. She had asked me if I could, so I found some nice fabric at John Lewis (why can’t the sell their important sewing related stuff online?!?) and I made this, 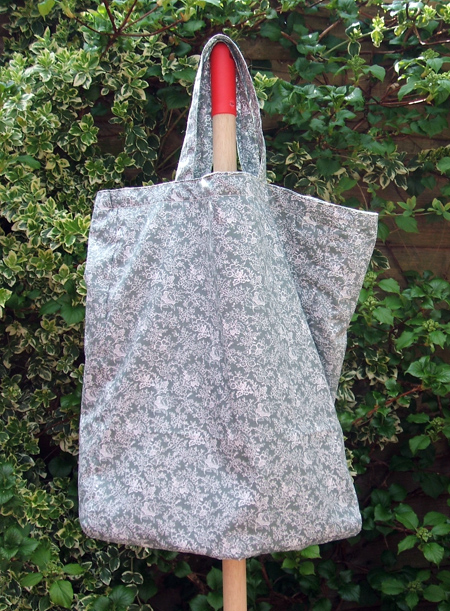 I think it is nice, on Saturday mine completed its task very well, a loaf of bread, the paper, and a 4 pint bottle of milk, I cannot really ask more of it 🙂

I have also had this on Flickr today, dunno how to get it on here at the moment, but it has made me want to look at doing some more like these again : )

« sore throat and some Flickr links » what is it?