Saturday morning I had a mission, a mission that would end up with me covered in silky fluff!

Now, the one at Shawford is really for the Hampshire Spinners Guild, and you have to pay to get in, now I’m not saying anything about the members of the guild, but I would say that the average age is probably early sixties from the ladies I saw there, and before : ) So after my experience last time I decided that there would be no faffing around, military operation, in and out, and that is exactly what I did, and covered in fluff!

All I wanted really was their selection of the merino silk blend, and they had a pretty good range, none of the silvery black which I got last year, but I may have found another supplier for that, so I now have a pretty big bag of wool rovings to felt! 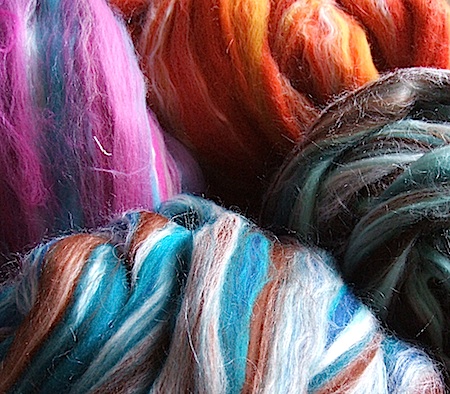 And last night I listed some corsages, including this one,

I do have more to list, but, you know what it’s like! I have taken on-board comments about a felt tutorial and doing a felt making kit, but so much is going on, that I haven’t done it yet, but I will be!!