they tasted my blood

comments like that, is what sets my children apart from others, William isn’t being naive and saying something wrong, he is using wordplay to amuse himself and others! 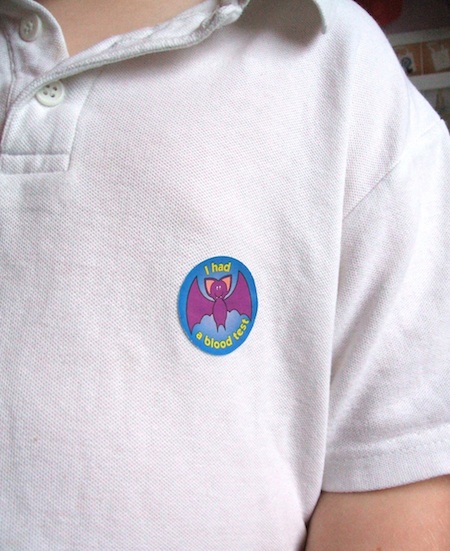 Today he had an appointment at the hospital, and as a result had to have a blood test, something he has not done before. He was scared, but by having some rice crackers, a fruit shoot, and some cake he calmed down and we got through it! I hadn’t expected the blood test either, which was good, because if not I would have worried about it to, but all was good!

Other stuff, well I feel that I have turned a corner in feeling ill, I feel so much better today, not running a temperature, and not sniffing constantly, yay!

So I hope by the weekend I should have some new stuff to show, even if it is not finished! Also still working on one lot of exciting news, also now potentially have some more, phew, now where is that rotary cutter!

ps I’m now running my first promotion on Facebook, you have to be a fan to take part, so hurry up, only running for another 24 hours!