I like titles like that, simple and to the point, and you could say that the soup we made yesterday afternoon was the same. 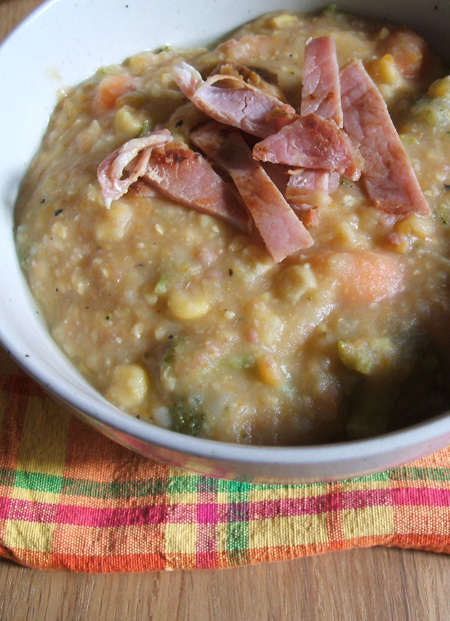 William has been making soup at school this week, and he asked if he could make ‘superboy’ soup at home, so he told me what ingredients he wanted to use, we adjusted some of them, no blueberries for example!
And off we went and made soup, and it was great to have him so enthusiastic about food, which can be a bit of a chore in this house to be honest.

There is potato, carrot, bacon, sweetcorn and broccoli in it, and it was lovely, could have done with something like onion or leek, but he doesn’t like either of those : (
Also after eating it, he said that the next time he wouldn’t add the broccoli, as that wasn’t right! I was amazed, here he was making something, and then analyzing the the end result – fantastic!

So a great success, and 3 months ago he wouldn’t even eat soup!

I took this yesterday, unfortunately today is it overcast, and dull : (
My sore throat won’t go, but I do seem to have the cough more under control thankfully, so fingers crossed by the start of next week (half-term – arghhhh!) I should be fine!