I think that is how I must have sounded in bed last night, and why John has gone to work today with a can of coke, so in his words, ‘he can wake up’!

Yes, so having no voice, has moved onto a bit more voice and a horrid cough, I hate being ill, though I guess the best description would be ‘run down’ : (
I hope that I will be back to normal by the end of this week, because it is really beginning to annoy me : ) And a big thank you to everyone who wished me well, I really appreciate it.

So I’m been trying to do stuff, which has been a bit hard with a fuzzy head, sore throat etc, but I have got my hard copy of SewHip now! 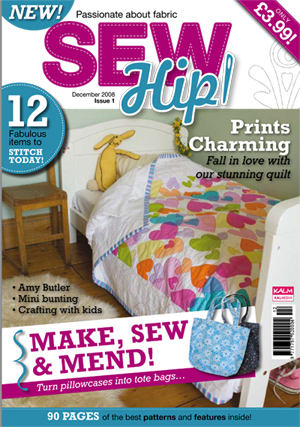 I still have not sat down and had a proper read, but it does seem to be very good, full of patterns, and reviews etc. 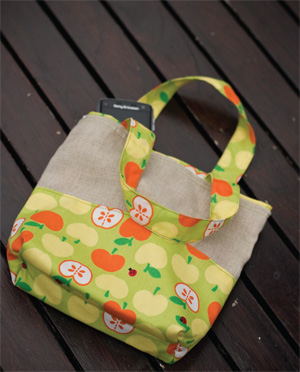 I look great in my woolly hat! But my bag and pattern look lovely and I’m very pleased with that as that of course was a huge concern, if I have any niggles it is my style of writing is not apparent in the pattern instructions which is a shame, but I can understand why. And there is one photo in the magazine which goes with a pattern which looks like it was taken in the late 80’s : ) And it just makes me laugh!

So a good buy, and I’m sure I will carry on getting them, especially if I ever have a pattern in there again!

Now for something completely different, on Sunday night I took part in an event which marks the end of something I have took part in for the past 11 years, not because I wanted to, rather than it has closed down, I shall explain.

I guess many people will not have a clue about Speedway, for the Americans reading this, this type is on motorbikes with no brakes which travel at speeds of up to 60 mph round a shortish track made up of shale, sounds mad doesn’t it, well it is! You might remember it from World of Sport and Dickie Davies, or more recently on Sky Sports.
In the photo I’m the person that looks like a humbug on the right!
For over 10 years I have worked on the track, raking the shale to keep an even track, and acting a flag marshal (that’s why I look like a humbug), and picking up riders and bikes that come off. I did it while pregnant with both the boys, each time I carried on until I was just over 6 months gone!
From March til October every year it has been part of my life, and even sometimes when it was cold and wet, and our team was losing, it was still good fun, and being that close to the action made it even better : )
But now it is all over, our club is meant to get a new stadium for 2010, but in the current economic climate I doubt it now : (

And I will miss it, though how much probably will not hit me until March next year : (