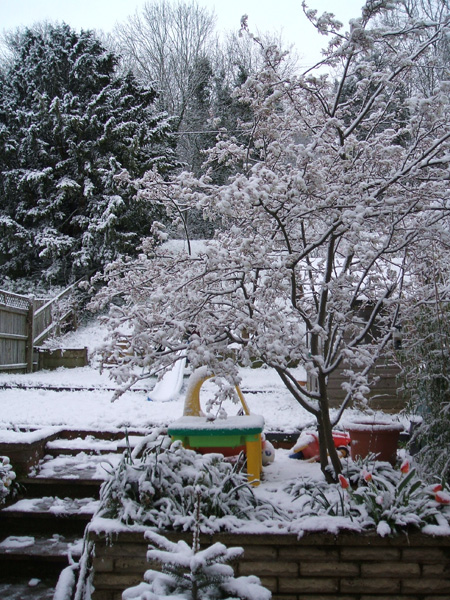 This morning like most of the UK we awoke to a winter wonderland outside, and the boys couldn’t wait to get outside, or could they?

Edward got his coat, gloves and shoes on, hood up and outside, fantastic! William however, well, why make life easy when instead you could scream for England and wake the whole road! He decided that he ‘had’ to wear his hoodie (normal weather clothing!) not his puffa jacket. He was told that no, it was puffa or nothing, now you are thinking five minutes of this, and you would give up and wear the coat that mummy says, well you obviously have not meet my 6 year old….

35 minutes of screaming later, he decides that he can go outside in the puffa, at which point Edward decides that he is wet and cold enough and wants to come in, so William screams more, at this point I beg my 9 year old to return outside, thankfully he does!

William eventually spends the grand total of 5 minutes in the snow before he is too cold and wet! I pray there is no more snow, I don’t think my eardrums will take it!!!

I have now listed the three little girls bags, my market research discovered one major thing with them, I have no idea how big children are, yes I know I have two of my own! I have now discovered that these bags are big enough for 2 to 4 year olds!!! So if you fancy one for your little one, they are hiding in the shop now!

John took these nice shots of them sitting my my hand, 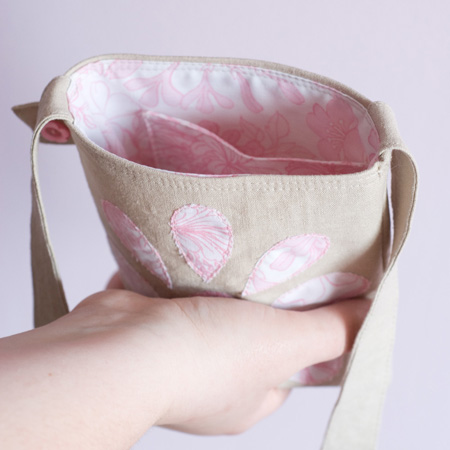 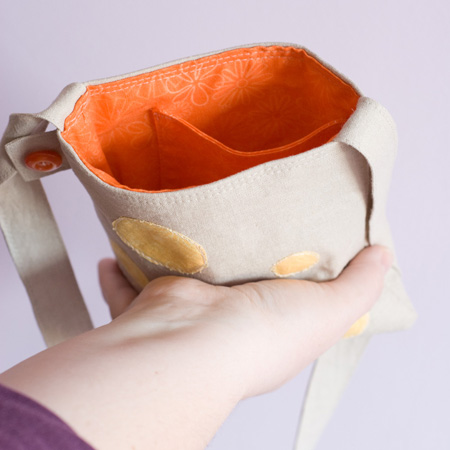 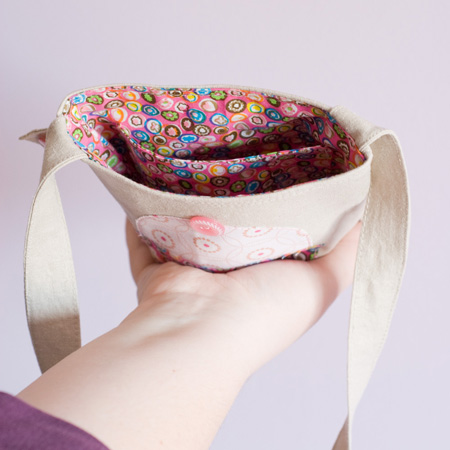 I like them because they include of me which does not show my sausage fingers, double chin or grey hair!

Even though I have already written loads (?) I have a few more things, the 2nd Annual Softie Awards is taking submissions, I’m not sure what to do, I was a finalist last year, I’ll have to ponder it : )

If you are a member of a book group and you opt to read A Thousand Splendid Suns, it doesn’t make the best discussion, maybe our group, or just me had an off night. The book was good, but not enough to talk about, maybe because we all liked it, but we have all liked books before and had great discussions, but this one was not that good to discuss.

And lastly, a warning to all people buying bananas, if you buy them from my mum, don’t upset her, or she will pinch them! Not steal, but pinch with her fingers!!!! Let that be a lesson to annoying customers who talk on their mobiles, waste carrier bags, talk rubbish and moan about the weather!

Ok, I think that is enough for tonight, and I feel a little better for it!!!