In my head, I had promised to write a blog post for the start of 2018, because that’s important, isn’t it? The more I think about it, the less important the start of a New Year is, and also I’m pained by how much everyone ‘hates’ January.

Do you hate January? If the answer is yes, why? I simply do not understand, it’s just another month after you’ve had a holiday, so it could and should be like any other month in the year.

But after my rant, here I am! So let’s look forward, but firstly let’s go back into the pit of 2017.

Looking back at 2017, most of my craft based achievements have been successful because of being in partnership with John. 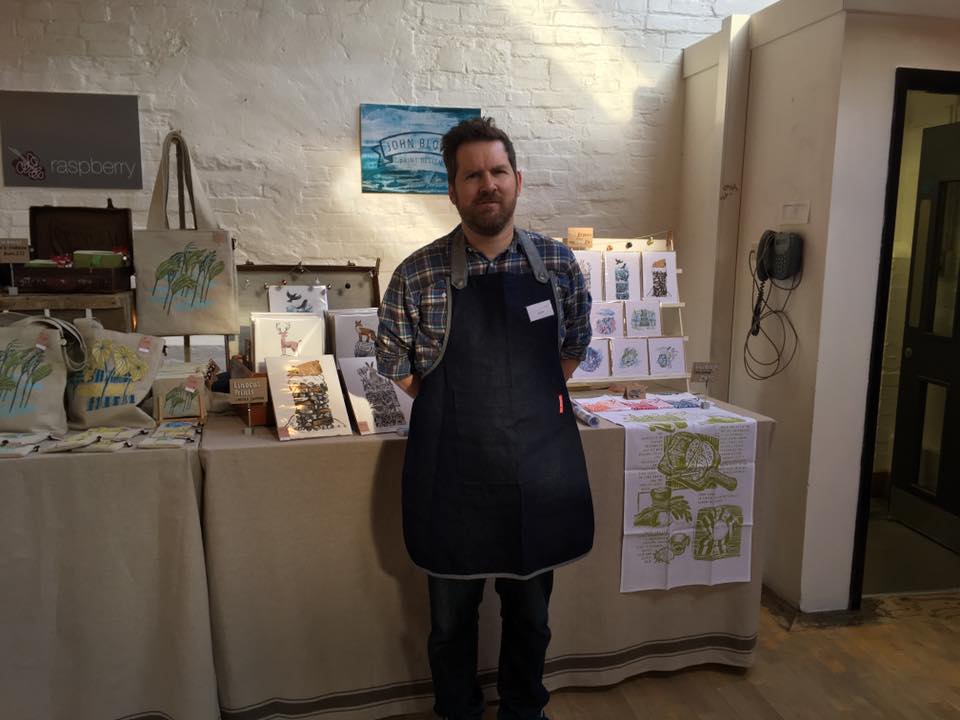 Over the past few years, John has designed pieces for me to create from fabric and my handmade felt, this lead into him designing and screenprinting fabric for me.
Last year he created designs that were created for specific sizes of purse and bag for me to embroider onto with both stitching and my felt. He then took these designs and create them as woodcuts and handprinted them.
This enabled us to share a stall at various events throughout 2017, including Festival of Crafts which John took part in for the first time. We had shared a double width stall and it worked really well, with pure textiles from one end to his hand printed work at the other end. 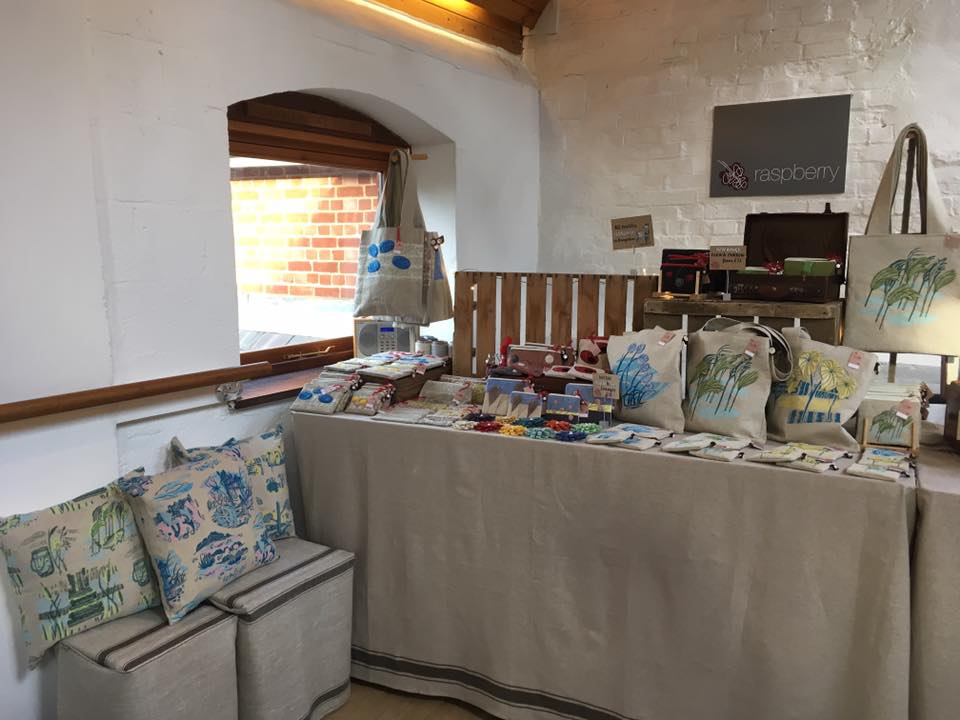 Without Johns constant encouragement I would not have achieved all that I managed last year, I feel that I have often bitten off more than I can chew, and so I’ve had to look at the work I create, and how to let myself develop, and enjoy what I do.
Because of this, I’m no longer going to produce new ranges of tote bags, this is for many different reasons, the main one being I simply don’t sell enough of them!
I will continue to sell the ones I have, and any I have that are ready to make up, but after that, I will only create one-offs which I will probably only sell online, you can tell I’ve really thought about this!

John is working on new designs for me, and they are really exciting, and a move away from what I’ve produced in the past, which I feel is a good move for me personally. I feel that I’ve let everything drift creatively, I stopped enjoying the process, so now it’s time to create pieces I enjoy, rather than items I feel I have to make.

I don’t think this has been helped by selling online with Not on the High Street. My sales have completely fallen away on that platform, which has not helped by the fact that they are not prepared to list my latest work as it isn’t ‘on trend’. I got into a rut of working their way, rather than my way. What I mean by that was having to produce multiples of the same piece over and over again, and you know what, it can be boring sometimes! Some I genuinely love making each time, like the Poppies and now going back to the Orbits, but doing some of the other stuff just made me weary.

So I’m going to go back and work harder on Folksy and Etsy, which will take time again, I just have to work that in.

We decided that we need to get our work in front of ‘real’ people more regularly, and even though it might not have the right mix of sellers around us, going to the Maltings Monthly Market has made me especially realise that you need to keep moving forward, you can’t stand still. Getting feedback from people in front of you is good, sometimes the tactless and insensitive comments are hard to swallow, but without these, you sit in your own sugar-coated bubble.

I’m going to leave that there for the moment, even though I have much more to talk about, a natural break after all the crafting stuff!

More soon on other things, including running!