this year in music

2009 was a revelation for me, seeing more live music in one year than I had ever seen before, and 2010 has topped that, and a bit more again!

This year I have seen my two favourite bands, and one of them twice!

I adore Spoon, and have gone on about them here on the blog quite a bit already, but I am totally in love with them. Seeing them in February was amazing, and then we saw them at the Shepherds Bush Empire in November, and it was stunning! 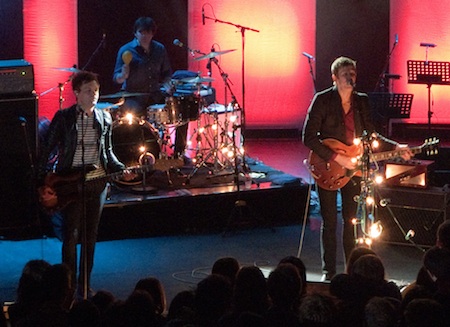 Even though we were in the comfy seats upstairs I don’t feel like we missed out at all, we sat at the front, and it was like they were just performing for us, the sound was fantastic and the whole show was just perfect, they even had a brass section! 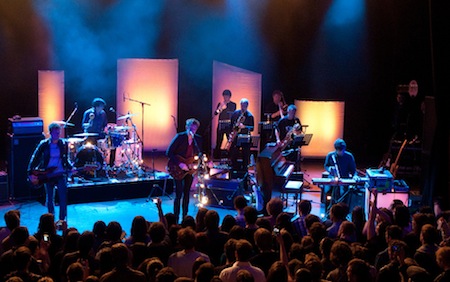 Honestly if you don’t know Spoon, please check them out, you will not regret it, at all!

My other favourite band, Menomena, we saw at a tiny little venue in London about a month ago, and we were so close we could touch the stage and them! 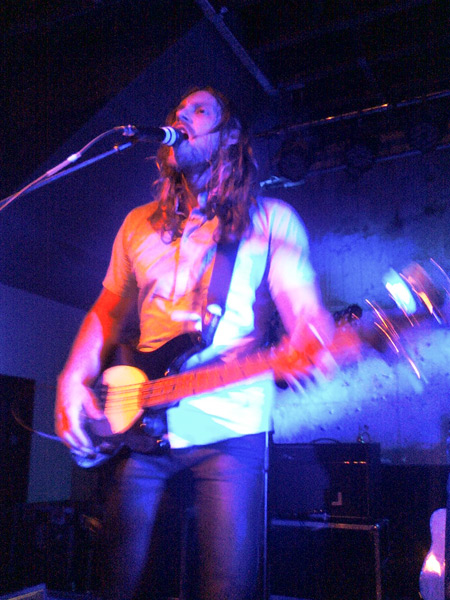 Not Johns best photo, taken on his phone, but if you get a chance to see them live, grab it now, because they should be massive! You can check them out here.

We also took the boys to their first gig! We saw They Might Be Giants at the Royal Festival Hall in June. 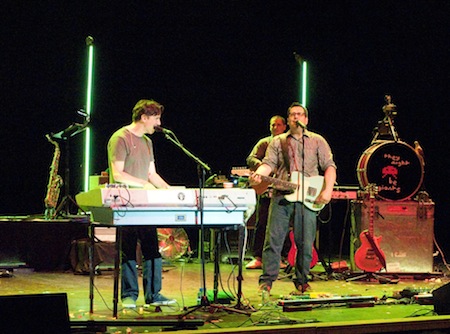 I will hold up my hand now and say that I like TMBG but not on the same level as my husband, and his friend John, or the boys, but it was amazing! It was exactly what you want from an afternoon gig, they were fantastic, kid friendly, audience participation and floating creatures. I can’t wait to see them again, though it was their first gig over here for years, hope we don’t have to wait so long for the next one.

I also went to two ATPs this year again, the first being ATP Pavement, which was all about seeing Pavement, who were great, but not the band of the event for me, that was reserved for Calexico. 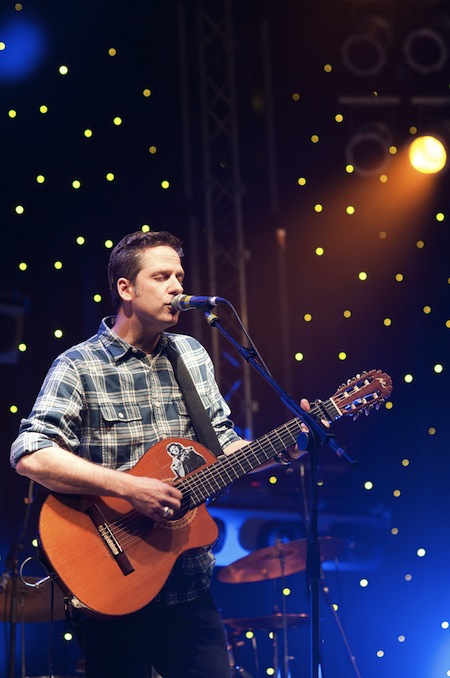 They are a band I have loved for years and had never thought I would get to see, a wonderful experience, and we were right at the front for them : )

We were also at the front for Wax Fang, 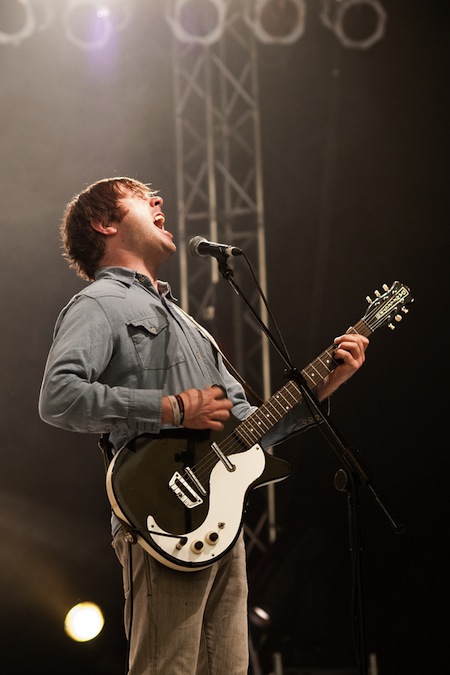 a band that I didn’t know much about, but after a wonderful performance, I just wanted more!

Just a few weeks ago we were at the second one of the year for me, ATP Bowlie 2, which was great, except it was the start of my cough, grrrrrrr! We had some great front of the crowd experiences again, with Field Music and The New Pornographers the highlights for me.

We also saw Band of Horses, and Built to Spill. They were on a double bill with Dinosaur Jr, which I slept through! I did have my earplugs in, but honestly I was very tired!

ps nearly all the photos are courtesy of my lovely and very talented husband, see more of his photos here! but a few are mine : ) He is sneaky like that sometimes!