last night we went and saw Maps & Atlases at XOYO in London, we also saw Three Trapped Tigers as the support. Both were amazing, and it was very busy, full in fact.

This is where the problem starts, we were about halfway back in the middle, the sound was great, the bands were both fantastic, but the audience, well, they did like a chat, a natter!

I have never been to a gig where there has been so much background noise, yes, have a chat between bands, and then between songs, but while they are playing, and because they are playing, have to be almost SHOUTING at one another, come one, just cut it out!

John did actually ask a couple to stop talking who were behind him, I think they were a little shocked!

We think the issue is that if you live in London, looking for a night out, going to this venue is quite cheap, have a drink, see a band, and chat with your mates!
But, if you are that person, consider us, a journey up to the venue lasting 90 minutes, the cost of the train ticket, parking and gig ticket, and of course the return journey at the end of the evening, not getting home until 12.45 when we could relieve John parents from their babysitting duties!

If you want to have a chat, go outside!

Ok, rant over! My move downstairs is three quarters complete, last push this weekend, then some photos! 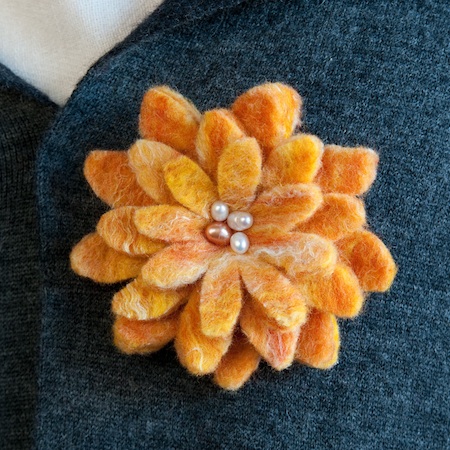 And as you can see I have some new corsages, these are currently only available from my Not on the High Street shop, with free postage!

I think I might be having a competition on the blog next week, which is a bit different, keep your eyes peeled!