and two craft fairs, book group, and lots of work!

I had intended to try and step up my blogging, but I have found it very difficult, and I guess one of the main problems has been to do with taking photos : (

The natural light in our house at this time of year is not good at the best of times, but added to that we have had horrid weather, and I don’t seem to have been at home when the sun has cracked through, but enough of excuses, here are some shots! 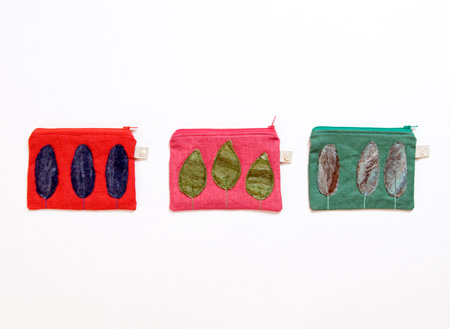 I’ve been working on new pouches as the first batch had proved so successful, so the next few images show all of them : ) 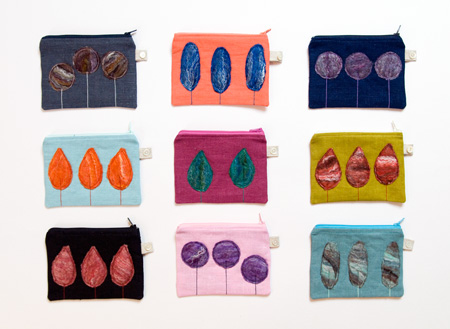 John took these photos both for me to show on the blog, and also for my records, as I only finished them on Saturday morning and by the end of the fair on Saturday I had already sold five. 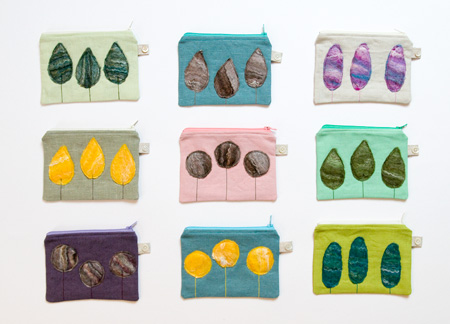 So I needed to have some record, as I knew they would never all get as far as my Etsy shop : ) 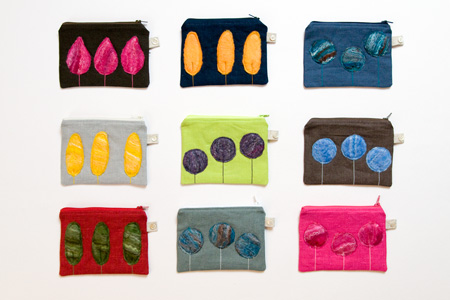 As you can see, I hope gone for three shapes, all tree type shapes, and I think this works well. I have really enjoyed making them, and I will be doing more, but if I’m honest, probably not this side of Christmas, so once I have taken part in Handm@de Oxford this coming Sunday I will try to list all that are left.

I have also made some more pincushions like this, and now they have needlebooks to match, yay! These will be available to buy at Handm@de before they go into my Etsy shop.

As I mentioned I have already had two fairs, and both of them have been better than expected, so fingers crossed for Oxford, this week I need to finish off some new bags, and prepare for other very exciting things, which I will be sharing next week : )

I will try to blog during the week, but as you know, that probably is not the most reliable comment to listen to!

« remember me? » a bit stylish