maybe January is the month, but I don’t like it and I want it to end : (

Yesterday Bill Frindall died, now I guess to most people who reads my blog that name means nothing, and even if I explain who he was it will still mean little to you, but I’ll try.

Bill, or Bearders or the The Bearded Wonder was another voice from my childhood and growing up, and as recently as just before Christmas listening to TMS (Test Match Special). He was the scorer and statistician and had been since 1966, he was always in the commentary box during both overseas and home test matches and could always be relied on to correct everyone, especially the scoreboard of the ground they were at.

You can read more about him here and some of the tributes to him here, they can probably explain what a great loss it is. 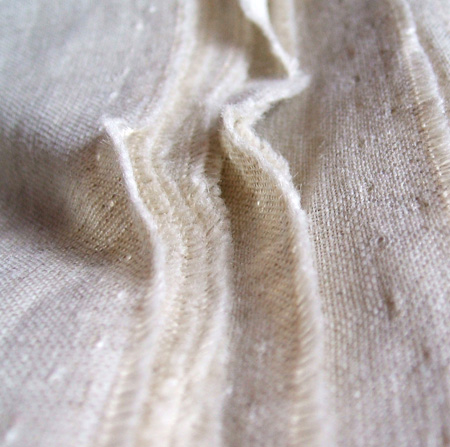 I need to wash it, but I can’t wait to use it, I had if I’m honest lost some of my crafting/creative mojo, but when a lovely chunk of linen arrives it sort of kicks you up the bum!

I have lots of other stuff to tell you about, including my sister who helped at a road accident this week, but I shall save that one another day or later, or something, the linen is calling to me : )