lets do the list first! William is starting to write more lists, and I think this can only increase the closer we get to birthday and Christmas time! However he has worked on ideas for teatime in our house, and this is what he has come up with, 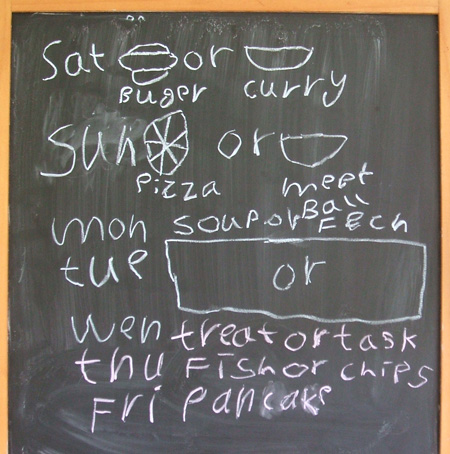 Don’t you just love it, he has discovered soup, which is a bit weird, I don’t think that fad will last long. I think the ‘buger’ and ‘meetballs’ will last a bit longer!

I have been doing the boring bits of my bag making, and trying to squeeze it in around all the other stuff, and in the process, and having to go and buy some new thread, I bought a little bit of leather, and tried it out with some of my lovely blue/brown tweed. 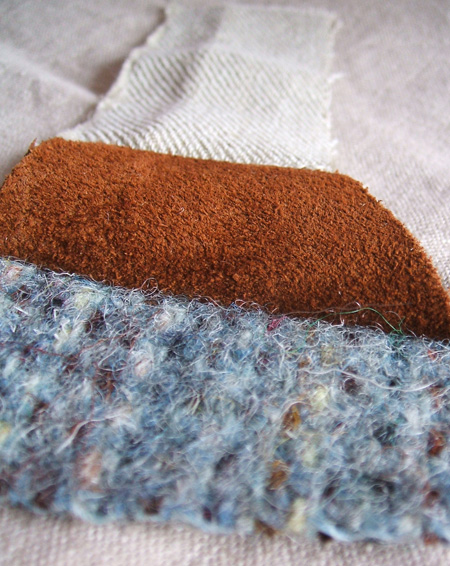 So what do you think?

I think it works really nicely together, when I have something actually made I will show you of course! I think I really need to get back into the swing of trying to update the blog more regularly, dunno.

Leave a Reply to Bev Cancel