I would just like to thank all of your who have mailed me recently and left comments both on here and on Flickr. I have recently lost my way with my art and craft and you have all helped to get me back on track.

Things have been hard recently with Edward, but we now have a timescale to work to, and he should be having support in his present school soon, to get him ready for him for him starting a his new school in September. This is a weight off my mind, however he has made up for that over the past month by being horrid both in school and at home.

Only yesterday did I hear Edward being rude about me, and really quite nasty, and hear William standing up for me, and saying how much he loves me, which really more than made up for all of the horrid things Edward has been saying and doing recently. Having a five year stand up for you, is both really sad and heartwarming, he is the only ‘normal’ one in the house!

Anyway, John took some lovely close-up shots of my work yesterday, and I have already put up the keyring, so here is the close-up of his Valentines card, 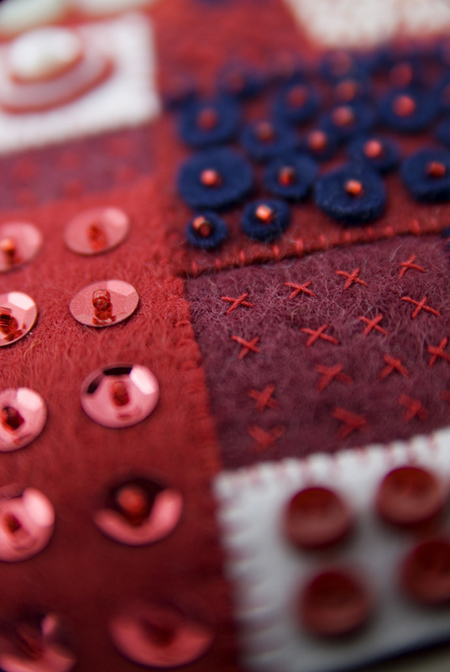 It looks great, and he has done a good job with photographing it, so thanks John !

Hopefully over the next week I will be producing more items, and trying to keep Flickr and here up to date!