Yes, it is a week, and maybe I’m weak, certainly weak-willed, too many bad things have passed my lips this week, and my gut is swelling at an alarming rate, food is not a great thing for me : ( And, I have to make mincemeat and Christmas Cake soon!

But anyway, who wants to hear about my gut, I don’t!

So a week has passed, sold lots of corsages, done another fair, Baggy has had his stitches out and I’ve been busy doing ‘stuff’, you know what I mean ‘stuff’ that ‘stuff’ that fills up your time and you have not much to show for it!

Lets start at the beginning, another week, another fair, last weeks was at Western Primary School in Winchester, 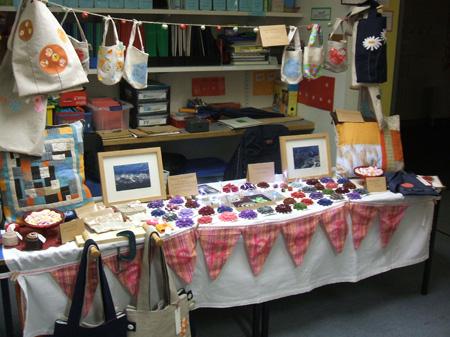 It was very successful, sold 13 corsages, and a framed piece of felt art, hurrah!

But it was a little odd, the people around me didn’t seem to be doing that much selling, and they were re-sellers on the whole, and one lady did comment very loudly to me how nice it was to buy handmade items! She did say it very LOUDLY! And I just smiled : )

So that went well, and so more got wiped off the Etsy shop, and I have now made some more, which I will try to list prior to Friday when I have another fair, at Williams school!
This could be great, or awful, I think, very difficult to judge how it will go it is straight after school for almost 2 hours, so the first 30 minutes could be manic, and then silence!
Also it will be interesting as this will show me in a very different light to most of the parents, most of them know me as the mother with the two ‘difficult’ boys, and now they will see me differently maybe?

Onto Baggy, well he has been discharged from the care of the Vets!!! 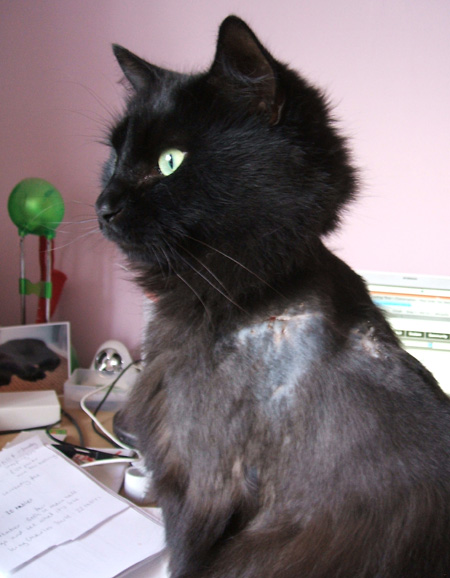 Not the greatest of photos, but all his stitches are now out, and we are only putting the collar on him when we are all out, or at night. Also he can now go outside, but I think I will wait and see if we are going to have a slightly drier day this week. I am worried about letting him out, and he will not be allowed out after dark to start off with.

So fingers crossed he is now sorted!

I will leave you with this, 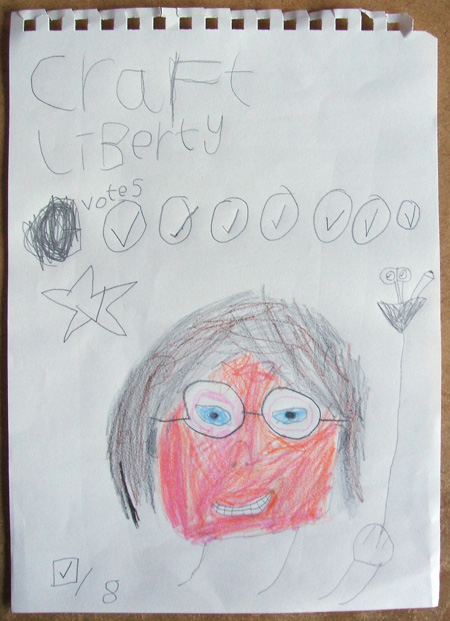 This is me, as drawn by William as ‘Craft Liberty’ which is the craft version of the Statue of Liberty, that is not a cocktail in my hand, as I first thought, no, it is my ‘torch’! But mine is made of a pair of scissors and a pencil!

Have fun, and I’ll try not to leave it a week this time!