Be warned I think is the longest post ever, well on my blog at least!

I am sure there are loads of you who read my blog who are members of a book group in some way shape or form. I have now been in a group which is entering its fourth year, which is really quite a shock to me!

We were formed as a group of ten women who had all been on our Playgroup Committee, over a similar period of time, though not all over lapped, so we all had at least two common interests, books and our children : )

I admit that at times I have not wanted to go, through either not enjoying the book, not having read it or sometimes just not wanting to be with those people for an evening. But on the whole it has been very enjoyable, has helped to form good friendships, and the most important thing is that I have read loads of books, and especially ones I would have not normally chosen to read.

So we have read roughly 30 books now, and most have been ok, but they are not worth talking about, the only ones you want to know about are the excellent ones and the stinkers! Well we’ll start with the stinkers!

Before I start this, these are my opinions, my choices, and I do not force them on anyone! I’m quite an opinionated person, so you have to accept that before you read further!

The third book we read was ‘The Kid‘, the best way to describe this is that was a glorified magazine article aimed at the Tesco buyer of books, can also be described as a Misery novel, arghhhhhh. Just hateful, I hated it, and as our third book I was really worried how this was going to go from here.

Well for me it got worse, the next book was ‘My Sisters Keeper‘ by Jodi Picoult. Now I know this woman books are really loved, but I couldn’t stand it! It was contrived and couldn’t make up its mind what it was, multiple narrators that really were not necessary, just rubbish. One of our book group has gone on to read all the rest of her books, I think I would rather listen to Des O’Connor sing rather than suffer the same fate!!!

So I guess you would think that maybe I was a little worried about the rest of the books we would read, well yes I was, but a few books later I was saved, by one of the best books I have ever read, but more of that later!

The most recent book that was truly dire was ‘Out of the Tunnel‘ which basically stemmed from a blog of one of the survivor’s of the 7/7 attacks in London, now you should feel great empathy and sympathy for this woman, well not one in our group either could or did. So another duff book!

Well onto the excellent books, well for me so far there have been two stand out books, ‘The Time Travelers Wife‘ and ‘We need to talk about Kevin‘. 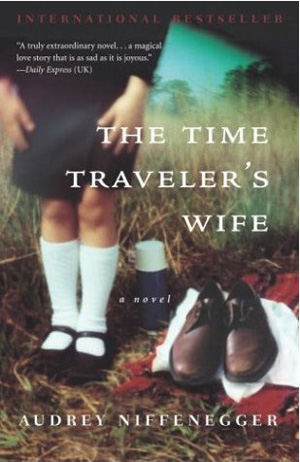 ‘The Time Travelers Wife’ has been a top selling book everywhere and has also had great critical acclaim too, not always the easiest line to tread. I loved the book from the moment I started reading it, it called out to me, it was so clear in my head, I could see all the characters, Henry and Clare were so real I could almost feel them with me as I read the book. I don’t think I had ever read a book before that had such an effect on me.

Also I cried a great deal, especially the last chapter, I won’t tell you what happens, but it is so beautiful, I didn’t want it to end : ) I think we all in our group felt the same way, though I think for some reason it touched me than the others. So if you haven’t read it, do, because once you start you won’t be able to put it down! 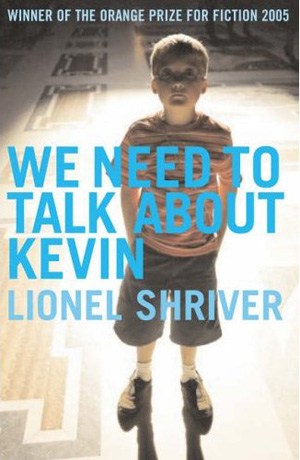 ‘We need to talk about Kevin’ well this is such a different story, opposite really. On the whole this book was not enjoyed by the majority of our group, maybe the maternal aspect came into play in that.

I really couldn’t get into it, I was really struggling, and then I hit about page 100 and I couldn’t stop, I couldn’t put it down. It suddenly was speaking to me, and I was flying through it. I don’t think you can say you love a story about a High School killing, but I loved reading it. On some levels you knew the end result, but other aspects were very much left open, and I shall not spoil anything for anyone either! A great gripping story, stick with it, it is worth it : )

Now those are my opinions, I would also like to mention Richard and Judy! I think we have read over the past 3 years at least 10 of their choices, some have been great, see above. However some have been pretty average, and not what they have been hyped up to be, so don’t believe the hype, try to dig a bit deeper.

Also if you are in a group and a friend or relative recommends a book, don’t try to take it just on that, we have had at least three books like that which have been pretty poor! So beware!

Lastly, I will have to chose a book a bit later this year as my fourth book, so far I have chosen the ‘The Shadow of the Wind’, ‘The Virgin Suicides’ and ‘The Island of Dr Moreau’ a varied selection. So if anyone has any great ideas, please let me know! I hope my list has helped, and here is the list, and my ratings : )

Five People you meet in Heaven – very good, and short : )

The Kid – awful, see above

My Sisters Keeper – awful, see above

About Grace – excellent, lovely writing too

The Shadow of the Wind – very good and completely gripping

Curious Incident of the Dog in the Night Time (adult edition) – a great book, but a bit close to home : )

Pride and Prejudice – I didn’t finish it, look Colin Firth was it for me, I couldn’t hack the language!

The Poisonwood Bible – too heavy, just didn’t enjoy it

Lord of the Flies – good, very different reading it as an adult!

Counselling for Toads – very interesting, made you think about your relationships within your family

In Praise of Slowness – dull

The Virgin Suicides – loved it, and the atmosphere it created

We need to talk about Kevin – great book, see above

The Drowned and the Saved – a hard book to read, teenagers should though

Love and War in the Apennines – didn’t read this one

The Girls – not a great book, the interesting characters were not the ones that the book was about!

The Secret River – an interesting book

The God of Small Things – didn’t read this one

The Mists of Avalon – didn’t read this one

Moab is my Washpot – a great book, the way he describes seeing your first love is spot on!

The Island of Dr Moreau – interesting, but not that enjoyable

Birdsong – found it really hard to like the main characters, struggled with that aspect

Out of the Tunnel – dire, see above

A Clockwork Orange – a classic it may be, but not for me

Naked Lunch – as above!

A Thousand Splendid Suns – not all it’s cracked up to be, predictable but polished.

Wow, that’s it! Remember those suggestions!!!