bags first and then The Apprentice!! 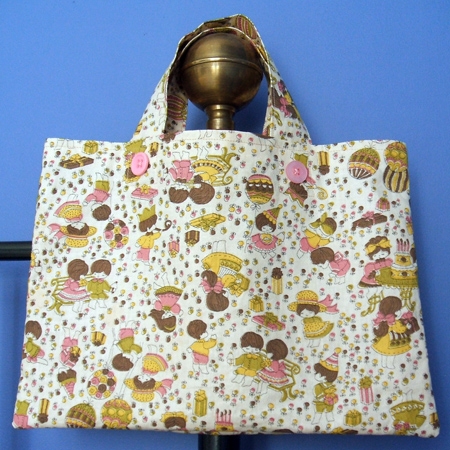 She gave me the funky fabric, I think it is probably older than me, the photo isn’t blurred it’s the fabric, the colour print is slightly out of the outlines. I made it to her specification, as she needs a bag to keeps her Waitrose Bags for Life that she puts all her food shopping in, when she cycles to work, she works there as well : ) So here it is, she will get it on Monday I hope.

Here is the second bag, 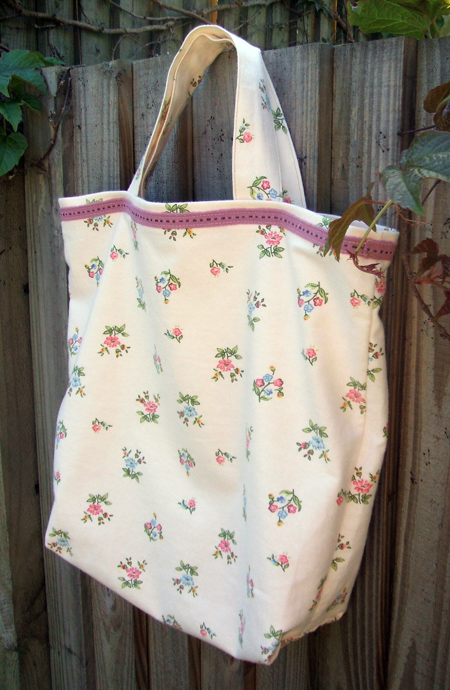 I have named this bag the ‘Saturday Shopper’ as that is when mine which is similar got used originally. It is big enough to fit the Paper in, a loaf of bread and other essentials, mine had loo rolls and ice lollies in it yesterday as well! I have another one of these with a blue trim in instead, and I will be making another two one, and I will see how they go at my next craft fair in 10 days!

Right enough of bags, time for The Apprentice! What a relief, I have missed the past three weeks, but tonights was fantastic, and I’m so glas he was fired, could he have been more arrogant – argh! I think I would have smacked him if I’d been there, what a pratt. Taking cheese, and cheap cheese to France, what drugs was he on!?

So glad that he went, to be honest I haven’t liked him from the start, far too smug looking, and to cap it off, the look on Katies face when he didn’t come back – priceless !!!

Leave a Reply to Flibbertygibbet Cancel