a week in the sun 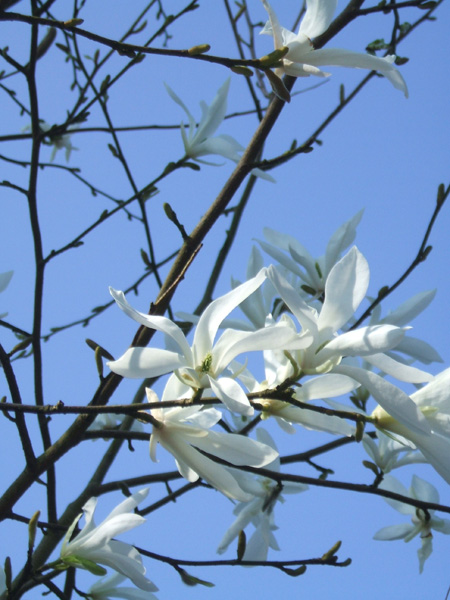 some magnolias at the Lost Gardens of Heligan : )

We had the best time we have had there, beautiful weather, great places to visit, and the first time in a long time where none of us have wanted to come back home, we all wanted it to last longer!

Unfortunately there was one episode which slightly spoilt our trip to the Eden Project, which you may have read about on my Twitter account.

Even though I don’t really want to linger on a foul 5 minutes that was a pinprick in our week, I will, because I said I would, and also, if it helps someone reading this understand autistic/aspergers children, then that can only be good.

We had spent a very enjoyable time at the Eden Project, and were just finishing off before we headed back up to the main entrance building to have a cup of tea before going home.
We had been to The Core, the education section, I was waiting for Edward and my mother in law to return from the toilet to meet up with John and William who had already headed to the entrance/exit. Edward saw me, and so I turned to go to the exit and they followed me.

I got to the entrance, and went and stood outside. At this point I should try to explain the entrance visually, there is quite a big entrance, with a wide opening, no sliding doors or anything, and to one side there is a little slide entrance for children, with steps on the outside and on the inside as well.
This is where William and John were. William has a thing about slides, he wants to, but very rarely can go down ones he doesn’t know very well, he has a thing generally about heights, especially stairs, steps and escalators.

So there I am waiting outside, having seen them on the slide steps on the inside of the entrance, in the entrance is two women, I assumed at the time that they were mother and daughter, and with them a small child, I thought about 3 or 4, who kept going up the outside steps and then down the slide and repeating this.

After the child ran out again, the younger woman, about 35 to 40 said very loudly ‘well he must be retarded to behave like that’ to the older woman, at this point they were both looking inside, and I assumed at William, my blood started to boil. However, I couldn’t be sure, so I left it but then as John and William came out as Edward did with his nana, the woman looked at William and repeated the comment ‘retarded’.

At this point I couldn’t control myself, and stormed over, now to be honest I can’t completely remember what I said, I didn’t swear or punch her, though I would have happily done both, but basically I said that my sons are not retarded, they are both on the autistic spectrum, and that she should keep herself under control.
When I say ‘said’, I guess that should be shouted!
Her response was that ‘his father’ should have told her, and controlled him!
John at this point had come over as well and informed her that maybe she should get an education, her reply was that she was, at this point it was quite obvious that the only ‘retarded’ person nearby was her, so even though she was still going on at us, I felt if I carried on any longer I would punch her and so we walked away.
As we did so, her son said ‘I’m good I am’, what a relief! The fact that I had seen him 20 minutes earlier knocking seven bells out of a display with no parental supervision was obviously a hallucination!!

Of course I had been unaware of what had lead to this unbelievable comment from the woman, as my blood was still boiling over, John filled me in on what had happened as we walked up to the cafe.

Now maybe he shouldn’t have said that, but the small boy quite obviously to William eyes was being blooming annoying and he had every right to tell him to shut up!

Can’t think how can finish this, but we did have a lovely time other than this, and Fowey was very lovely too : )

Leave a Reply to Tania Cancel